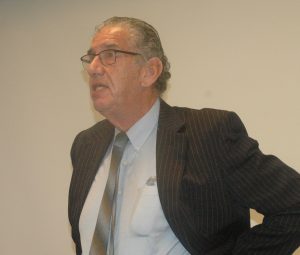 Throughout history, African American and Jewish people have been the victims of oppression and mass violence. And while the histories are very much different, there is a bond or empathy there that led many in the Jewish community to support Dr. Martin Luther King Jr. and the civil rights movement in the 1960s.

Some members in Madison’s Jewish community wanted to formalize that bond and empathy and reached out to the African American community.

“The African American/Jewish Friendship Group was created in 1990 when my wife, Merle Sternberg, and I went to the South Madison Neighborhood Center, which Dr. Harris' mother Willie Lou Harris founded, and we asked the Board whether it wanted to join with the Beth Israel Center Board to form a group composed of African Americans and Jews in Madison to improve race relations,” said Jerry Sternberg, president of the group. “Charlestine Daniels was the President of the South Madison Neighborhood Center Board and both Boards approved our idea. And that was the seed of this Group's creation.”

The group was active for 11 years, but then stopped meeting when Sternberg and his wife moved to New York, but they reactivated the group when they moved back to Madison in 2017. 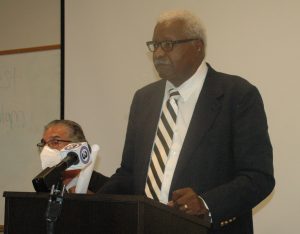 Since then, they have taken on a number of projects including the hanging of the first African American photos to be hung in the Governor’s Office in the Wisconsin State Capitol. They are now poised to take on a larger project to impact the lives of African American professionals.

When issues have historically bubbled up in the African American community, it has usually begun with anecdotes told about incidents through the community grapevine. For instance, everyone in the African American community knew that there was an academic achievement gap in the Madison Metropolitan School District. But common knowledge does not necessarily lead to action. It wasn’t until the late Betty Franklin-Hammonds and the Madison Urban League scientifically documented the gap that MMSD and others began to work on eliminating the achievement gap.

The same can be said about African Americans in executive or managerial positions in companies in the Madison-Dane County area. While there have been very visible examples like Errol Davis leading Alliant Energy and Dr. Allen Kemp at Dean Health System, the sense of those grassroots discussions was that there were relatively few African Americans in places of responsibility and decision-making. “I know that so and so company has no Blacks on their board of directors.”

On August 31st, The African American/Jewish Friendship Group held a press conference at the Urban League of Greater Madison to announce a new survey initiative to document the executive gap. Dr. Richard Harris got the ball running at the group, who chairs the survey committee

“In early September, we will be sending out an anonymous survey to companies in the city of Madison-Dane County area requesting data on the number of African Americans in the company’s workforce who are presidents and in high executive, managerial positions and on boards of directors,” Harris said.

It is a relatively simple survey that was developed by the members.

“We are gathering information about African American employment, with a focus on supervisory, managerial and executive placement because that was noted as a grave issue,” said Dr. Bruce Thomadsen, a retired UW-Madison Medical Physics professor and a member of the survey committee. “Originally, we tried to draft the survey to ask about many classifications of minorities, but the survey quickly became long and likely daunting to someone trying to respond, reducing the response rate. We engineered the survey to try to increase the response rate: keep it short and easy, focused on our target questions, screened potential recipients and timed when to release it. Members identified businesses based on several lists and driving around Madison. Volunteers from the Friendship Group called the businesses on the list to gather the appropriate e-mails to send the surveys. Approximately 50 percent of the businesses called provided an e-mail to use.”

While MadRep also does an executive/managerial survey, Thomadsen feels there is a big difference between the two that will make this survey invaluable.

“MadREP had more questions and we tried to focus our questions to our target to maximize the response rate and address African American working conditions in Madison,” Thomadsen said. “While MadREP surveyed eight counties, we will just survey Dane County. We are particularly interested in Madison because that is location of the disparities in the articles and where 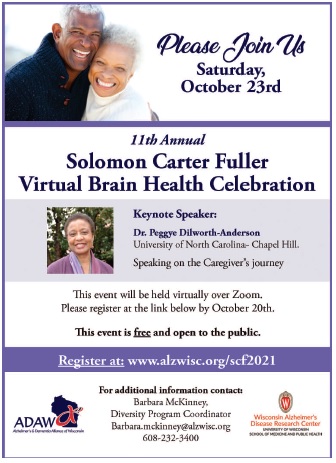 All of the survey work is being done digitally and virtually. The group hopes to get the data back from the companies sometime in October so that they can announce the results of the survey sometime in late fall or winter.