Black to the Future: There’s a New Mayor in Town

You may have heard that St. Louis took a major step in the right direction when it elected Tishaura Jones mayor. The city made history with the election of its first Black female mayor. It was a vote for breaking with the backward, racist status quo which has been choking the life and promise out of the city, marginalizing its Black population politically and economically.

For those of us who’ve been fighting for Black political power, making history was a footnote. We’ve been organizing around a serious, political strategy that transcends Black faces in high places. Building a multi-racial, intergenerational movement in St. Louis is about more than a candidate. It’s about planning intentional progress for a city mired in a white supremacist, patriarchal past.

Jones has been influenced by the racial justice movement, but she has also been a contributor. She has stood with community groups, environmentalists, feminists, labor and faith leaders to advance a progressive, pro-democracy agenda. The movement and the candidacy of Tishaura Jones are organically connected.

Spanning the nation, we see lots of firsts. The first gay this, the first Black that, the first female this or the first bi-racial that. The fact that we are celebrating now underscores the discriminatory lock-out of these populations. None of this means anything if it’s not followed by substantive change. Poor and working people, especially people of color, have truly suffered these last four years under the repressive dictatorship of trump. Though unseated, his influence is alive and well, fueling a GOP agenda that keeps rich, white men in power. 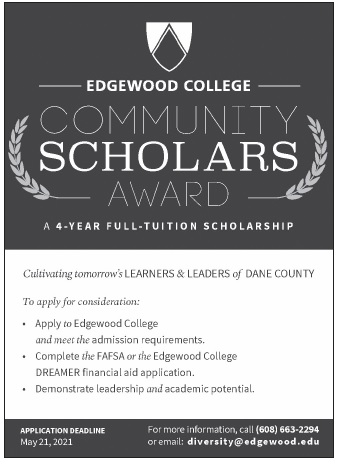 At the heart of these victories is an agenda that puts people over profits, that puts democracy over disenfranchisement, and that centers racial equity. Implementing this agenda means changing the faces of those who have been misrepresenting and exploiting citizens. We are getting rid of the toxic weeds —regardless of race or gender — so that the flowers of justice, inclusion and transparency can bloom.

Jones is no neophyte to politics. She has three offices under her public service belt. She was a state representative, city treasurer and now, mayor. She campaigned on being ready on Day One and voters obviously think she’s up for the job.

Despite her experience,  Tishaura Jones has her hands full as the new mayor. On top of a deadly pandemic, Jones faces a hostile police department, record homicides, shrinking population and decaying neighborhoods. Structural racism and all of its props will be formidable obstacles. Her first 100 Days will be a sobering testament to her commitment and skills and the strength of the movement that helped bring the new mayor into power.

Our hard-fought gains must be protected so that we can keep building upon them. Like the election of Tishaura Jones. Like the conviction of Derek Chauvin. Like the expansion of Medicaid. Ours is a triple job of holding systems accountable, holding our organizations and movements accountable while organizing the masses to implement The Peoples’ Agenda.

Building a true democracy ain’t no joke, but I think we’re ready to become a triple threat.