Ever since last summer, months before the 2020 November Election, President Donald Trump made unsubstantiated claims that the electoral process was rigged against him and that there was a vast conspiracy to “steal” the election from him. As traditional Republican strongholds like Arizona and Georgia went for Democrat Joe Biden, Trump ramped up his rhetoric and legal efforts to overturn the election culminating in the January 6th insurrection when the U.S. Congress was breached by pro-Trump supporters who tried to prevent Congress from verifying Biden’s Electoral College win. 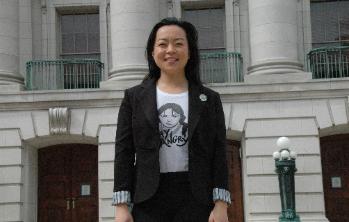 Trump and his representatives lost nearly all suits in state and federal courts to overturn the election results. One of his lawyers, Sidney Powell, among others, claimed that Dominion Voting Systems had corrupted the election process and count to deny Trump the election. But Dominion sued Powell and others and now claims that people should have known it was all a lie.

CNN.com had this to say about Powell’s assertions:

"Indeed, Plaintiffs themselves characterize the statements at issue as 'wild accusations' and 'outlandish claims.' They are repeatedly labelled 'inherently improbable' and even 'impossible.' Such characterizations of the allegedly defamatory statements further support Defendants' position that reasonable people would not accept such statements as fact but view them only as claims that await testing by the courts through the adversary process."

In spite of this admittance by one of Trump’s top lawyers, Republican-controlled legislatures around the United States, especially in presidential swing states, are introducing legislation to further hamper people’s ability to exercise their right to vote in the name of preventing election fraud that never happened.

State Representative Francesca Hong has been tracking some of this legislation that will soon be finding its way into committee hearings and votes of the Republican-controlled Senate and Assembly in Wisconsin. Among them are:

LRB-2032/1 - ABSENTEE BALLOTS - This bill makes a number of changes to the laws relating to absentee ballots in Wisconsin including requiring the Elections Commission to prescribe the form and instructions of the absentee ballot application and voters having to apply each year to receive absentee ballots for the year.

LRB-1264/1 - Under this bill, no official or agent of a county, city, village, or town may apply for or accept any donation or grant of moneys, equipment, materials, or personnel from an individual or nongovernmental entity for purposes of election administration, except as expressly authorized under the statutes relating to elections.

LRB-1935/1 – Requires notification of relatives before municipal clerks can dispatch special voting clerks to a residential care facility so that the occupants can cast an absentee ballot.

LRB-1537/1 - This bill makes a number of changes related to obtaining and returning absentee ballots.

LRB-1588/2 – This bill governs the access of observers at polling places and expands the observation area.

LRB-1585/1 – This bill changes how absentee ballots can be returned to the municipal clerk.

“Those who are on the election commissions are hell-bent on making it more difficult to vote, whether that be removing the ability to have ballot drop-off boxes in cities for folks to vote, continuing to unnecessarily get public record requests and taking municipal dollars to try to find fraud as well as legislation that aims to limit absentee voting as well as have stricter guidelines to what qualifies as being indefinitely confined,” Hong said. “Essentially, in this state, it is currently easier to buy a gun than it is to vote. And that is because we know that higher turnout and more people being able to vote works as a disadvantage to my Republican colleagues. When the rules don’t favor them, want to change the rules and they want to pick the rules that work for their party as opposed to making a democratic process, which should be non-partisan. It’s disappointing, but it is quite telling to where their priorities are.”

In recent months, there have been several election observers who have stated that Republicans are fearful that the young generations now beginning to enter the electorate have a large number of voters of color who tend to vote Democratic. Instead of appealing to the interests of these new voters, Republicans are trying to neutralize their impact.

“I have heard some very troubling rhetoric about the work ethic and the way that people live their lives here in Wisconsin,” Hong said. “And I think that is very troubling. The purpose of government is to not only enable coalition-building, but also provide agency for the people to be able to live better lives and contribute to their communities and help protect their families. I think a lot of the legislation that is being proposed right now is really only allowing that for a certain group of people and that certain group happens to be a white majority. And so, they can accuse us of identity politics all they want. But in the end, the type of legislation that they are aiming to pass is voter suppression. There hasn’t been election fraud. If they really want to make a difference in making our elections fair, secure and free, they would continue to invest in and put dollars towards our local municipalities and clerks that continue to work with limited resources, but have been doing a phenomenal job considering we had two elections in the midst of a pandemic.”

Hong feels that these laws and efforts go against the very spirit — if not the letter — of the U.S. Constitution.

“They want to make people prove they are disabled because they want to limit the amount of people who are voting,” Hong said. “They do not believe that increasing mobility and increasing access to voting is the way that democracy works even though that is textbook democratic process to make sure that voting is accessible, that it is free, that it is secure and that it is fair. To have to prove that you are a participant in this society really shows that Republicans are more interested in continuing to choose who votes for them, choose who helps them remain in power. This isn’t about the people of Wisconsin. This is about Republicans wanting to keep their seats, wanting to keep their power and wanting to continue to keep power from the people.”

And these recent Republican legislative initiatives fit into a broader pattern of voting suppression initiated by the Republicans.

“I think there has been a history of different tactics that continue to disempower and disengage indirectly communities of color from being able to participate fully,” Hong said. “And when I say participate fully, I mean being able to have access to a lot of the avenues to voting. But instead, they do things like removing voting sites from certain neighborhoods. I think the city of Milwaukee and Milwaukee County need more resources to be able to reach more of their voters. It’s really unfortunate that we are not looking at some of the conditions that create these problems when it comes to having more opportunities to vote. Instead of funding and then looking at grants that are coming in to help our election officials, they want to keep trying to find fraud because they aren’t getting the answers that they think that are there. And they are not accepting the truths and realities that communities of color have every single right to participate fully in the democratic process and purposefully looking at recounts in Milwaukee County. You cannot divorce yourself from the fact that doing that means you are targeting communities of color and not allowing them to participate.”

Republicans have controlled both houses of the Wisconsin legislature for a decade and seek to dominate it for a decade more through gerrymandering, which assures them of winning a majority of the legislative seats even though their state totals are below those of the Democratic Party. Hong feels that this dominance makes them uncompetitive.

“They really haven’t built up their bench,” Hong observed. “They’ve been complacent. When you have a gerrymandered state and you don’t have to fight for the policies that work for the majority of the people, when that gets threatened, you want to try to change the rules. I think bipartisanship is based on what the majority of the people want. And the majority of the people in this state want fair elections. They want free elections. They want secure elections that are available to as many people as possible. And then they want policies like healthcare that is accessible and they want federal funding to be made available for folks so that we can continue to implement policies that help people and make healthcare, housing and clean water more accessible to folks. And they are preventing us from doing this. They continue to obstruct. And their excuse for this type of obstruction is really that government doesn’t play a role in making people’s lives better. And I think that is really disappointing.”

It is ironic that former President Donald Trump, former Wisconsin Scott Walker and many other Republicans use absentee ballots to vote. Apparently what is good for the goose is not good for the gander.